The President: The President is elected for two years and support the organisation in delivering the mission and objectives. 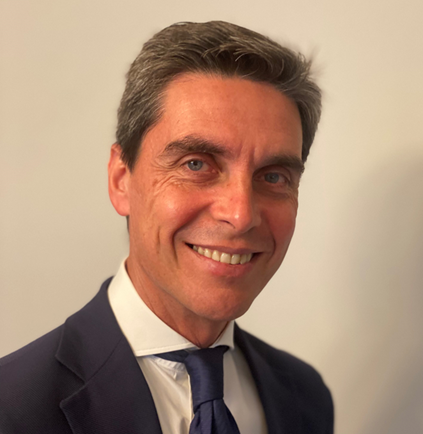 Since 2015, Manu Giró is the CEO of MG Destilerías, a family-owned distillery founded at the end of 19th century and based in Barcelona. MG owns a premium portfolio of different spirits brands and is present in more than 50 markets worldwide.

Leading the MG Destilerías for more than 15 years, Manu Giró achieved the objective of launching and building several innovative premium brands in wine and spirits that are now present in 50+ countries worldwide.

Defining himself has hard worker, strategic and critical thinker, Manu Giró has an extensive experience in brand & company acquisitions and developments which allowed him to turn unanticipated situations into positive results.

Manu is also an active in the Board of Espirituosos España, the Spanish trade association member of spiritsEUROPE.

Manu Giró worked for 2 years in finance for Ernst & Young, Merrill Lynch and RSM McGladrey in Miami and Chicago. After that he joined the family company (MG Destilerías) as Assistant Director of the Chief Operating Officer and then as Marketing & Sales and Finance Director from 2000 to 2015.

Executive MBA IESE Business School (2015) and Degree in Business and Administration in the Universidad de Barcelona (1998).

Standing Committees: There are 4 Standing Committees in spiritsEUROPE as well as ad-hoc working groups dealing with specific policies or technical issues, such as Environment & Sustainability.  They are open to all the members, meet at least 3 times a year and position papers are formulated based on consensus reached within each committee.

Historical listing of spiritsEUROPE Presidents from 1993 until now.
STAY CONNECTED: Keep up-to-date with spiritsEUROPE’s activities via our Twitter & Newsletter