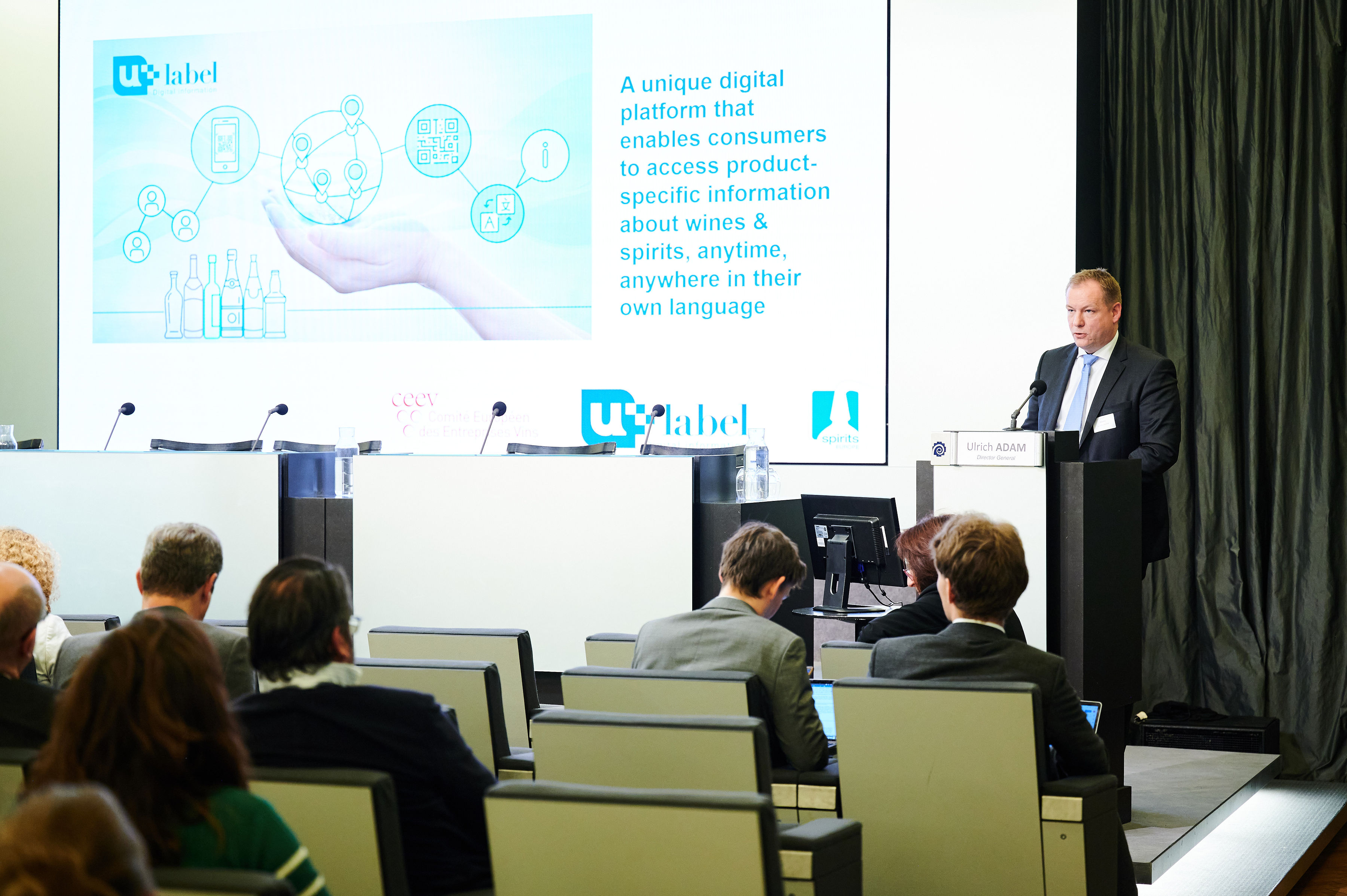 spiritsEUROPE takes stock of the sector’s transformation during 2022 Summit

spiritsEUROPE was delighted to welcome nearly 300 guests at the Residence Palace in Brussels for the 2022 Spirits Summit. Alongside its President and Director General, spiritsEUROPE also invited Dr Alfred Uhl to discuss sustainable consumption and the role industry can play to curb harmful consumption patterns.

Opening the Summit, Manu Giró reflected on his first year as President of spiritsEUROPE and the transformative journey the spirits sector has embarked on. He spoke about the shifting priorities of European consumers and the resulting growth of premiumisation. Premiumisation, he said, should be welcomed by advocates calling for more responsible consumption in Europe because it is good for public health and the public purse.

He also called on Europe to diversify trade and strengthen current partnerships to support an embattled agri-food sector faced with economic uncertainty, inflation and a tense geopolitical situation. He cited the need to overcome trade barriers, ratify the 2023 EU-MERCOSUR agreement and conclude Free Trade Agreements with Australia and India.

Ulrich Adam, Director General of spiritsEUROPE, was next to take the floor. He presented the spirits sector’s holistic vision on sustainability and how – from the promotion of environment-friendly packaging to digitalisation – the spirits sector was contributing to achieving the EU’s policy objectives. He also presented a newly published report demonstrating the innovations and transformation of the spirits sector to promote sustainability across its value chain. The new #Farm2Glass publication was distributed to all particapants at the end of the event.

Commenting on the merits of promoting digitalisation in EU policy, Ulrich insisted on the role that digitalisation can play and is still vastly underexplored. For instance, the Commission’s potential introduction of a QR code providing information on packaging re-usability and recycling collection points in the EU Packaging and Packaging Waste Regulation is an innovative approach that should be more broadly replicated.

In September, a consumer survey demonstrated that consumers are ready for this change as eight in ten consumers are now used to scanning QR codes. As such, digital labels need to be integrated into upcoming files such as the Commission’s proposal on Food Information to Consumers.

The evening’s final speaker, Dr Alfred Uhl of the Austrian Public Health Institute provided some fascinating insights into the varying perceptions of alcohol consumption across Europe and their influence on the development of alcohol policies.

Commenting on the misuse and misinterpretation of scientific data which he says underlies the claim that there is “no safe level” of alcohol consumption, he advocated instead for the promotion of a scientifically balanced view that does not demonise moderate consumption.

During the Cocktail party, guests could discovered: