Brussels, 25 May 2018 – The European Commission published today its proposal to amend the Excise Structures Directive, 92/83.  The proposal fails to address unfair distortion between alcoholic beverages in the EU and risks increasing tax discrimination further, by proposing additional tax benefits for beer and cider, which already enjoy much lower tax rates than spirits.

Under the current Directive, Member States are allowed to offer reduced excise tax rates to “small” breweries, i.e. producing up to 20 million litres of beer a year - this is 1,000 times more generous than the facility for small distillers.  The proposal will do nothing to redress this imbalance.  Current rules also allow reduced rates for beer up to 2.8% vol.  The proposal now suggests this threshold should increase to 3.5% vol.  There is no comparable facility for distillers.  17 Member States take advantage of these tax preferences for beer.  Separately, the Commission plans now to permit small cider and perry producers to benefit from reduced rates of excise tax - a facility that will be 75 times more generous than the comparable measure for small distilleries - even though excise rates on these products are already much lower than the tax on spirits.

“The proposals would mean that sectors which already enjoy massive tax benefits when compared to spirits would be handed out additional advantages.  In light of the existing discrimination, such an approach would not only be extremely unfair, but would be a step in the wrong direction,” said Ulrich Adam, Director General of spiritsEUROPE.

Tax discrimination in the EU is already excessive: spirits make up only 25% of the EU’s alcoholic beverage market but contribute 45% of the tax collected.  By contrast, beer makes up a much larger share, 42%, of the market, yet contributes only 32% of tax revenues.

“All alcoholic beverages are in competition with each other.  Instead of widening the tax preferences, as the proposal would, we need direct action to reduce the current levels of distortion and discrimination and to work towards a level playing field that would allow alcoholic beverages to compete more freely and fairly in the marketplace,” he added.

“Micro and small distilleries are firmly rooted in the European landscape, with hundreds of new craft distilleries opening in recent years.  They make a vital contribution to the rural community in providing jobs and supporting agriculture and tourism.  We see no reason why tax benefits should be provided for beer, cider and perry but not spirits” said Ulrich Adam.

The revision of the tax directive was originally meant to resolve difficulties with “denatured alcohol”, as used in industrial and other applications, but was then broadened.  “It is now clear that the wider review could result in increased discrimination.  That would not be an appropriate outcome.  We therefore hope the Commission will limit the changes to addressing known problems, rather than using it to increase tax discrimination between alcoholic beverages by handing out further benefits to sectors which already enjoy huge tax preferences” concluded Ulrich Adam. 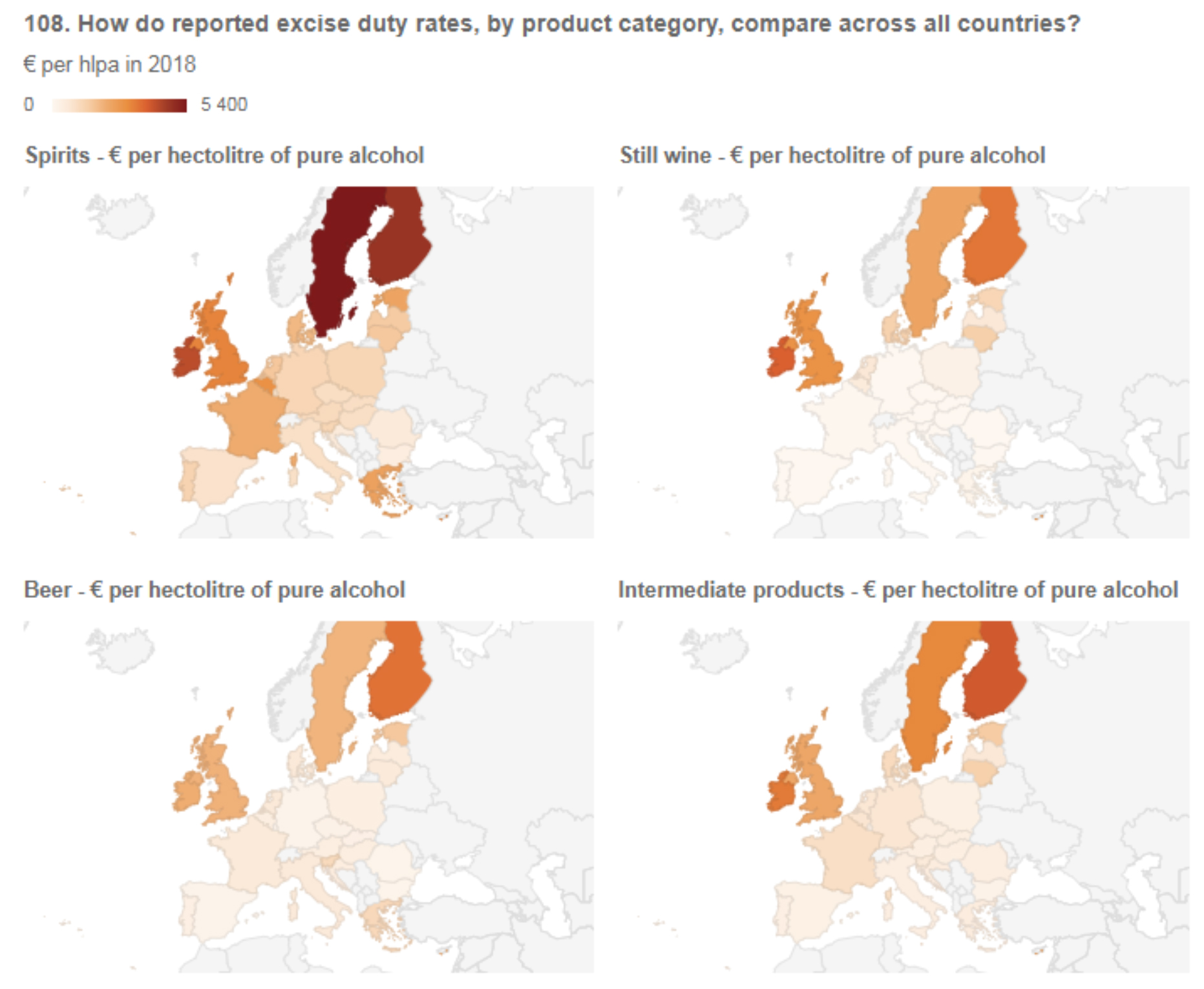