Bulgaria: “The Bill you don’t want to pay!” 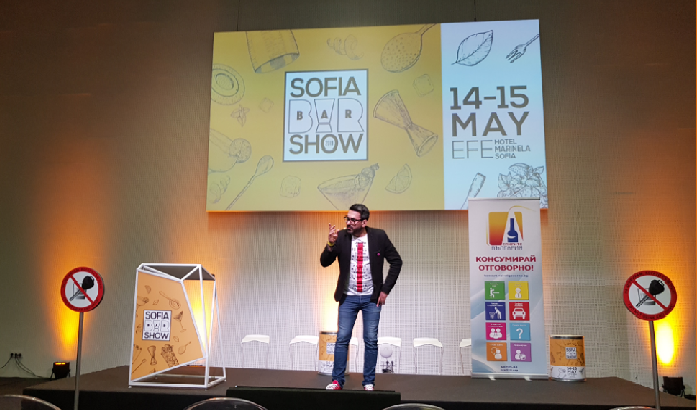 Earlier in June, the European Commission published its staff working document on the implementation of the "EU Road Safety Policy Framework 2021-2030 – Next steps towards "Vision Zero". We fully agree with the Commission’s assessment, which highlights the need for, and benefits of, greater coordination to make further progress on road safety. All public authorities dealing with road safety objectives need to work closely together at all levels, including transport and infrastructure, environment, education, public health, justice, and tourism. In addition, the stakeholder community including industry, insurance companies, user associations, NGOs, schools, and researchers has also an important role to play.

It is concerning to see that distraction (by e.g. mobile devices) continues to be a growing risk factor for traffic accidents and seems to have surpassed other risk factors such as alcohol or speed. As the spirits sector, we remain fully committed to promoting zero alcohol behind the steering wheel, as we have consistenly done during the past two decades.

The recent activities of spiritsBulgaria are an interesting example of the work the sector has done in this regard. The association partnerted with the on-trade sector on the occasion of the Sofia Bar Show, a well-known event aimed at bartenders, bar owners, and producers to develop and share new ideas in the sector. A popular Bulgarian actor, Stefan Shterev, took the stage to explain what bars and night clubs could do to ensure their customers do not take to the steering wheel after drinking. The campaign that has been devised to serve this purpose is called "The Bill you don’t want to pay". It features a receipt listing the potential costs of an accident caused by driving while under the influence of alcohol and asking the rethorical question whether it is "really worth it". The campaign then provides advice on the use of public transport,  taxi or a designated driver.

Following the presentation at the Sofia Bar Show in May, 15 venues went on to implement the campaign, reaching more than 1,300 customers. The effectiveness of the campaign was measured across all participating venues, with a 95% success rate observed – meaning consumers who declared that they would not drive themselves when leaving the venue, and opting for the other suggested modes of transport instead.

Similar campaigns have been conducted in Austria and Slovakia and have yielded positive results. As such, these campaigns can serve as a model for the development of similar on-trade initiatives in other countries across Europe.