Alcohol consumption in Belgium: people are drinking less, and better 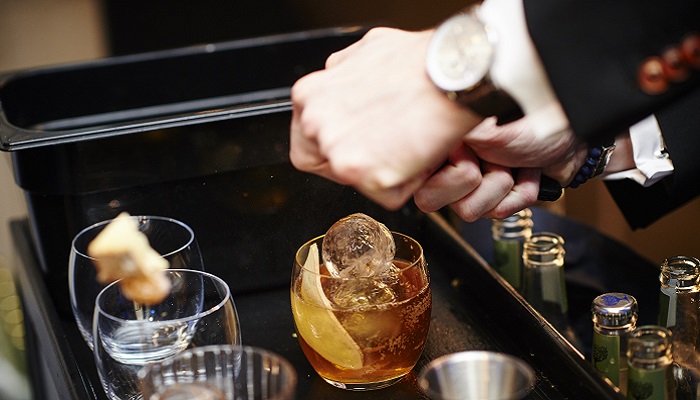 Belgians are drinking less, with alcohol consumption declining continuously in recent years. Recorded per capita consumption peaked in 1980 at 14 litres of pure alcohol. By 2019, it had fallen by more than a third to a mere 9 litres. Fast forward this trend into the future and Belgium would be completely dry by 2090. However, much as it would be naïve to assume this to happen for real, so it would be naïve to focus health policy efforts predominantly on reducing per capita alcohol consumption further.

Still, a reduction in per capita alcohol consumption is widely proclaimed by public health advocates as a key objective in itself. This is surprising, as per capita consumption is arguably too broad a parameter to serve as a useful and reliable indicator for alcohol-related harm, given that the vast majority of light-to-moderate drinkers do not generate such harm or health problems on a significant scale. In light of this, even the World Health Organisation (WHO), in its latest draft Global Alcohol Action Plan (GAAP) is set to move away from per capita consumption reduction as prime indicator for success and focus on reductions in alcohol-related harm instead.

Looking at alcohol-related harm in Belgium, it is noteworthy that Belgians are not only drinking less, but also better. This is a significant finding. In order to reduce harmful alcohol consumption in the most effective and efficient way, it is, most of all, heavy episodic drinking – often referred to as ‘binging’ – that should be in the focus, as it can be associated with acute alcohol-related harm, such as street fights, falls or drink-driving accidents, while longer-term heavy drinking can be associated with long-term harm caused, for instance, by chronic liver disease.

Positively, heavy episodic drinking in Belgium even declined at times when total per capita alcohol consumption remained relatively stable between 2010 and 2016. Likewise, drink-driving deaths have been on a constant decrease in Belgium between 1963 and 2019. Youth drinking is also falling, with never reported drunkenness by 15-16 year-olds improving significantly between 2003 (7 out of 10) and 2007 (9 out of 10).

In light of these positive trends and developments, what policies should be devised to make sure they continue, or even accelerate, in the future? And what role can alcohol taxes play in this regard? Arguably, alcohol taxes are one of the most hotly discussed – yet most misunderstood – issues in this debate. Those who see alcohol taxes as suitable public health interventions claim that higher prices for alcoholic beverages (due to higher taxes) would lead to less consumption.

However, in the case of Belgium, nothing could, in fact, be farther from the truth. As mentioned before, per capita alcohol consumption declined by -35% between 1980 and 2019, all the while alcoholic beverages became, technically speaking, more affordable – even though they continuously increased in real prices. The key to understanding this conundrum is the constant increases in purchasing power. Real GDP per capita, by 2019, was two thirds higher than it was in 1980. Against this background, it is fair to conclude that the actual technical affordability of alcoholic beverages in Belgium had little to no effect on per capita alcohol consumption over the long term.

If the government really were to optimize the use of alcohol taxes to better serve public health and fiscal objectives, fairness and non-discrimination between the different drinks categories should be the first and foremost priority. Taxes for different alcoholic beverages should be relatively equal, as consumers could otherwise switch to cheaper beverages. In that sense, the Belgian government could do much better by implementing more harmonised excise duty rates across the different alcoholic beverages categories, i.e. beer, wine, and spirits. At present, for instance, the excise rate for beer is 88% lower than that of spirits drinks! While beer’s market share is 48% (by volume), beer’s share in excise revenues collected is only 22%. By contrast, the market share of spirits is tiny (a mere 12%), while the share in excise revenues is a staggering 42%.

To conclude, declining per capita alcohol consumption levels and trends appear to have little explanatory power as regards the positive and declining trends in alcohol-related harm indicators in Belgium. In addition, the technical affordability of alcoholic beverages seems to have had little impact on per capita alcohol consumption in the last decades in Belgium. Real-life data puts a strong question mark as regards to the claimed effectiveness of price policy measures to reduce alcohol-related harm. In light of this, and with the joint objective of better serving public health and fiscal objectives, a more harmonised approach to taxes and prices for different alcoholic beverages would should become a policy priority so as to help ensure that harm indicators in Belgium will continue to fall in the future.